Several public spirited men met to discuss the appalling living conditions within the city of Manchester, mainly due to the introduction of power driven machinery, an influx of workers and cheap housing. This led to the development of the Manchester and Salford District.

Provident Society, whose aim was to provide advice and information as well as financial relief to people in need.

The first Gaddum House was opened, named after Harry Gaddum, the President of the Society. Gaddum House was established to provide a centre for voluntary societies and a meeting place for social workers. In 1936 approximately 26 organisations had their offices there.
Over time Gaddum House became well known by outside bodies, social workers and by people needing help and advice.

The DPS changed its name to the District Provident and Family Welfare Society. In 1958 following various amalgamations, the DPS joined with the City League of Help and became the Family Welfare Association of Manchester and Salford.

Gaddum House was sold and the occupants moved to a new building on Deansgate, which was called Gaddum Centre.  The name Family Welfare Association of Manchester and Salford soon became FWA in everyday usage and this was acknowledged in the official change of name in 1994.

The Gaddum Centre, 274 Deansgate was discovered to have serious structural faults and the building had to be closed.  All the occupants then moved to various locations in the city and the FWA eventually found the current building on Great Jackson Street, which the landlord allowed to be called Gaddum House.

For a range of reasons the name FWA had to be reviewed and in 1999 it was agreed to change the name officially to Gaddum Centre. In 2005 we purchased Gaddum House, close to the Mancunian Way, and in addition to our staff we have voluntary sector organisations as tenants thus nearly turning the clock back to 1936.  A fuller history of the organisation from 1933 to 1974 written by Joan Gaddum as well a more detailed history of the early years is available by request.

Did you know that Salford CVS and Macc both originated from Manchester and Salford Council of Social Service, with Henry Gaddum as their first Chair – hence the link to Gaddum. These organisations celebrated 100 years of social action on 22 July 2019 with a large event at People’s History Museum. Gaddum continues to work closely with these wonderful organisations.

Read about both organisations histories by clicking the links below: 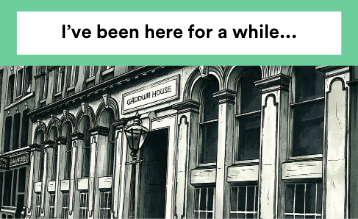 Gaddum is one of Manchester’s oldest charities. 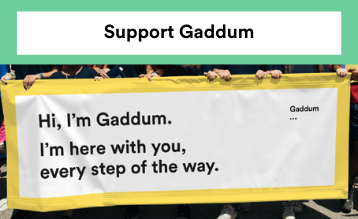 Emily Bronte and Winston Churchill have supported us. Could you?